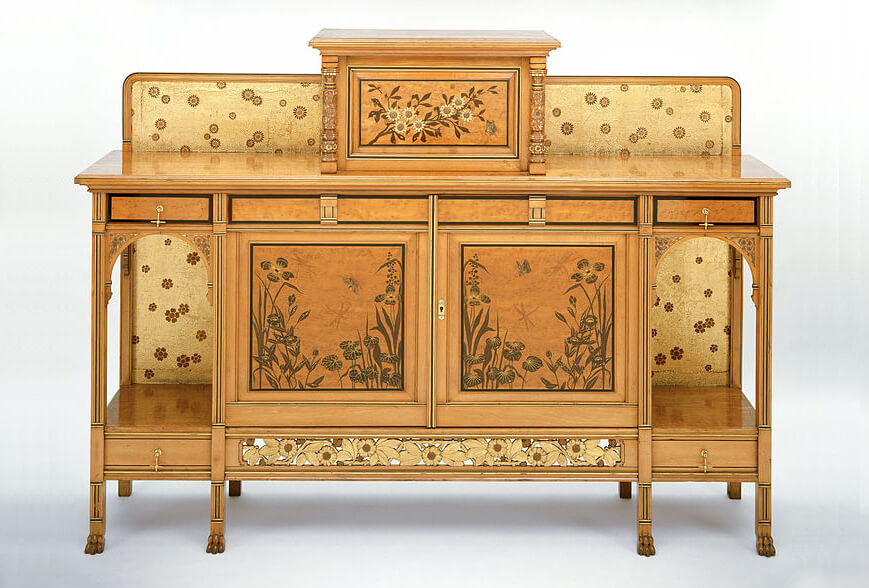 In the wake of the Philadelphia Centennial, American designers embraced the Japanese aesthetic. Japanese art and design was favored in part because it was thought to derive from a culture free from modern industrialism. Traditional Japanese artistic expression also held appeal because of its ties to the natural world. Japanese  motifs such as stylized birds, flowers, and insects were emulated by American design firms like Herter Brothers, Pottier and Stymus, and Tiffany Studios, who employed flattened, abstracted natural forms in their interiors, furniture and glass designs. As designers grew more knowledgeable about Japanese art and culture they began emulating not merely the surface motifs they saw in the works, but their underlying design strategies.

While Wright was not the first American architect or designer to draw inspiration from Japanese design, his ability to sensitively absorb and transform the lessons of Japanese art, architecture, and culture set him apart from his predecessors.