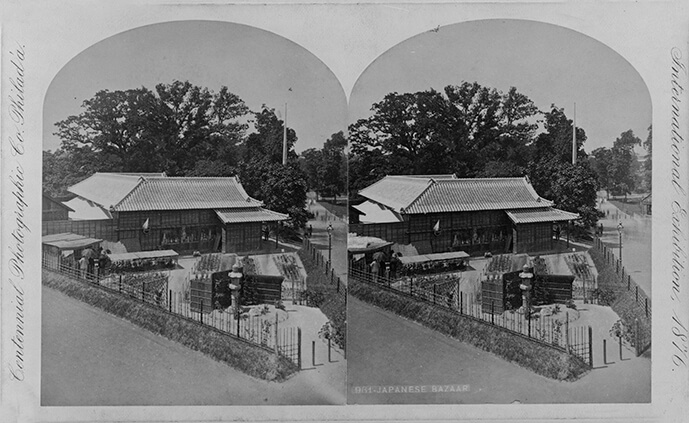 Although Japan was opened to foreign trade in 1854, it was not until the Philadelphia Centennial Exhibition of 1876 that the arts of Japan truly captured the attention of the American public.

The Exhibition showcased a Japanese- style “dwelling” and a bazaar, which presented and sold the types of Japanese wares that would soon become de rigueur in middle-class homes as displays of cultural refinement. The Atlantic Monthly reported that the clean lines and simple elegance of Japanese design made everything else look “commonplace and vulgar.” For the Japanese, “the commonest object of pottery of cotton-stuff for daily use has a merit of design and color which it does not owe to oddity alone.”