This interactive map details Wright’s known route through Japan. The cities where Wright photographed sites are identified by an orange marker. 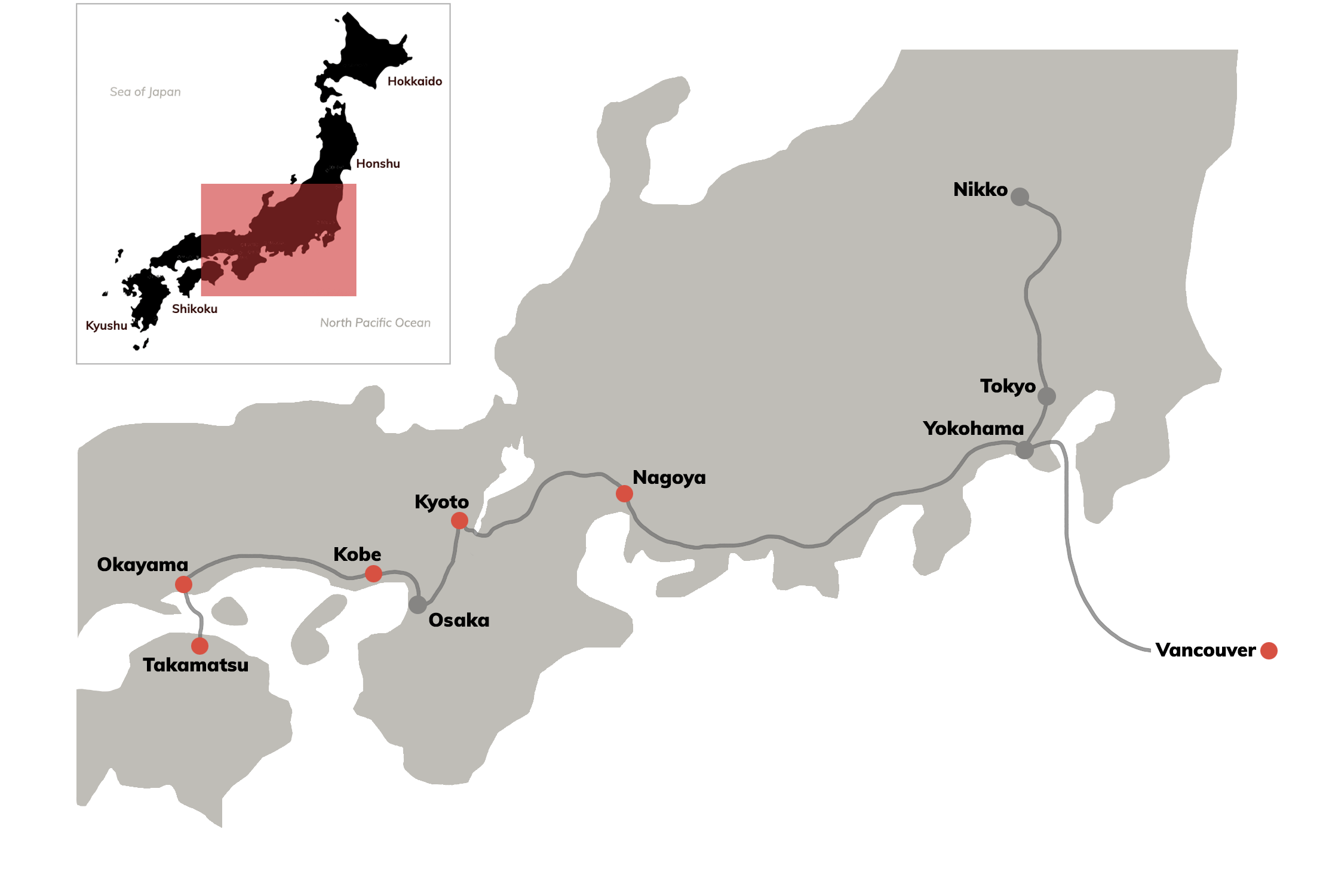 Departing on February 21 by steamship from Vancouver Harbor, Frank Lloyd Wright and his wife Catherine landed on March 7 at Yokohama port, near Tokyo. Wright’s route, carefully planned before he left Oak Park, took him along the Tokaido Road, an historic coastal highway connecting Tokyo and Kyoto. The picturesque route, punctuated by towns and villages offering lodgings for travelers, was popularized in many of the Japanese prints that Wright collected. Traveling predominantly by rail, the Wrights journeyed westward via Nagoya, Kyoto, and Osaka, before proceeding to Kobe, Okayama, and Takamatsu. They returned through eastern Japan, and visited the mountain resort of Nikko before departing the country on April 28. The Trust is indebted to the work of Masami Tanigawa who painstakingly researched Wright’s route and identified many of the sites the architect photographed.