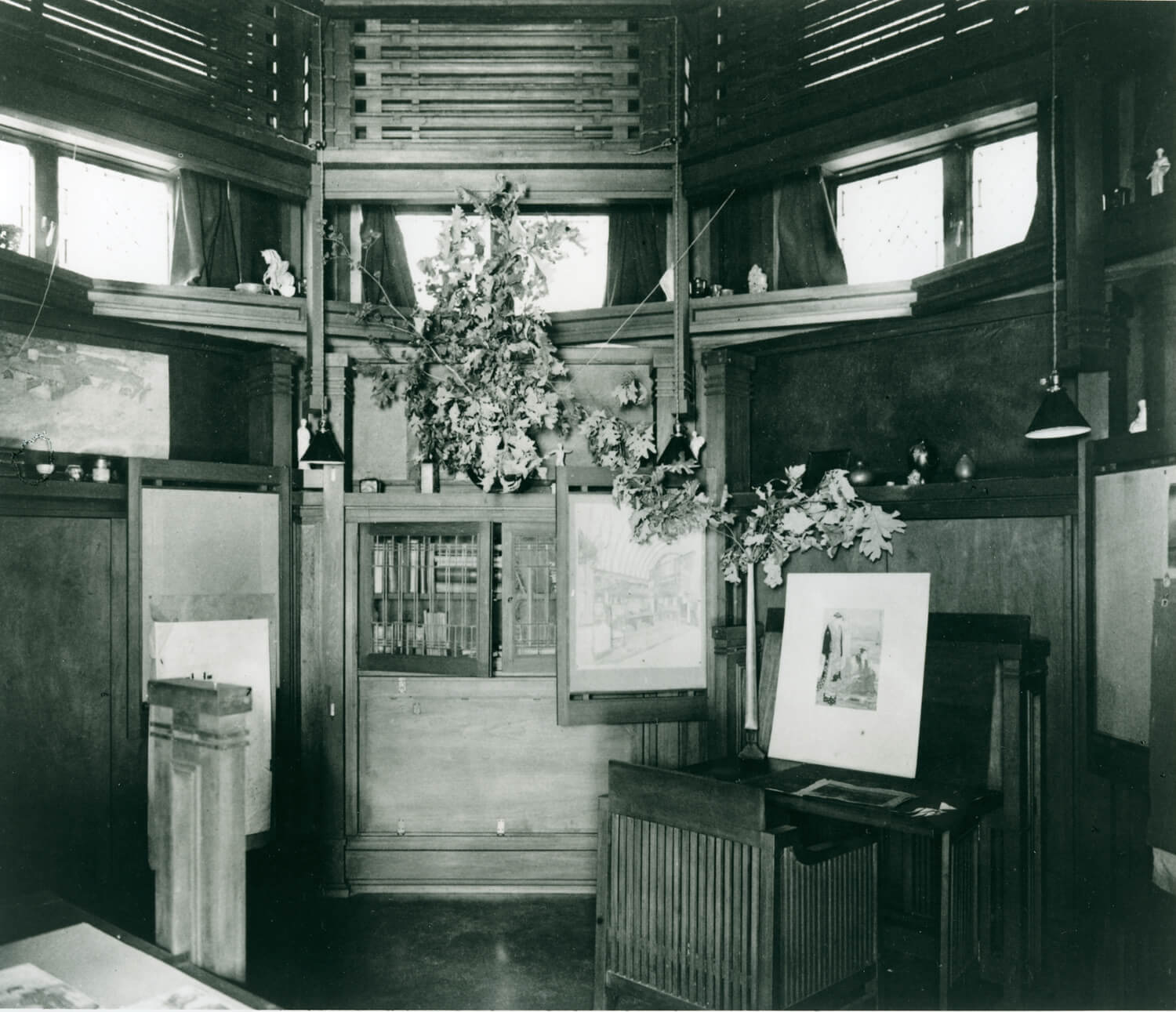 In 1898 Wright built a new Studio wing connected to his Oak Park Home. Throughout the Studio the rooms featured artful arrangements of decorative objects, including Japanese prints, along with architectural models and drawings that served as a backdrop for the creative work that would go on in the building.

Wright’s home, with its integration of design and decorative arts represented a site of nurture, harmony and intellectual growth for his family. In his Studio the same aesthetic display took on an additional role. Wright like many of his contemporaries recognized that architecture was a business that required the marketing of an architectural identity as well as services. His studio with its remarkable design and artful arrangement of furniture and collections was an important part in the construction of this identity.

The Studio years were an incredibly prolific period in Wright’s career that witnessed the emergence of his mature Prairie style, and the design of such iconic buildings as Unity Temple (1908) and the Frederick C. Robie House (1910).