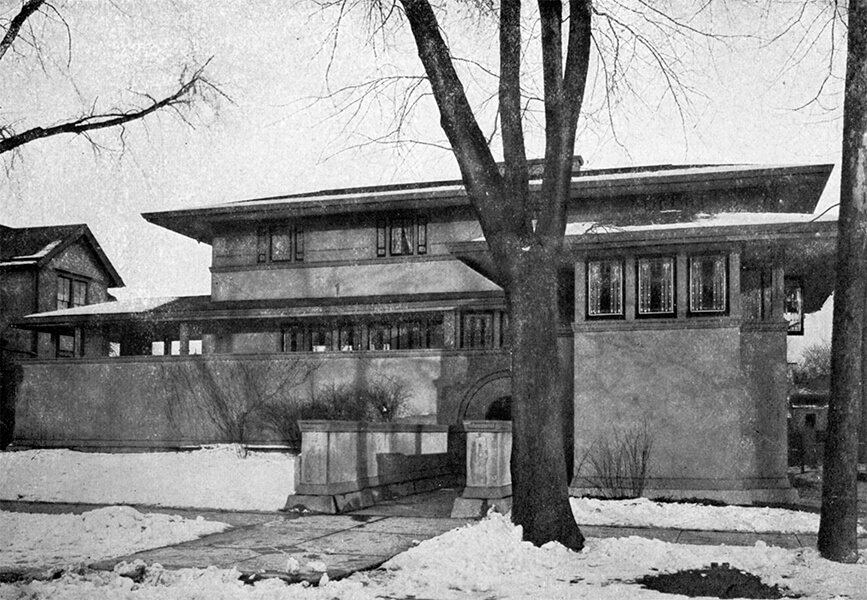 Over the course of the 1890s Wright worked to realize his vision for the new American home. Drawing on a vast range of influences prevalent in the waning years of the 19th Century, from the British Arts and Crafts movement, to Japanese art and architecture, Wright’s vision for a modern American architecture began to coalesce at the dawn of the new century.

Wright publicly outlined his vision for the modern, affordable, America home in two articles published in the Ladies Home Journal in February and July of 1901. Respectively titled, “A Home in A Prairie Town,” and “A Small House with Lots of Room in it.” The designs presented in in the Ladies Home Journal would provide Wright with a standard model for the Prairie house from which he could expand upon almost infinitely. The practical application of the Ladies Home Journal designs can be seen in early Prairie houses such as the B. Harley Bradley house, Kankakee, and the Frank Thomas house, Oak Park, both built in 1901, and the Arthur Heurtley house, Oak Park, 1902.