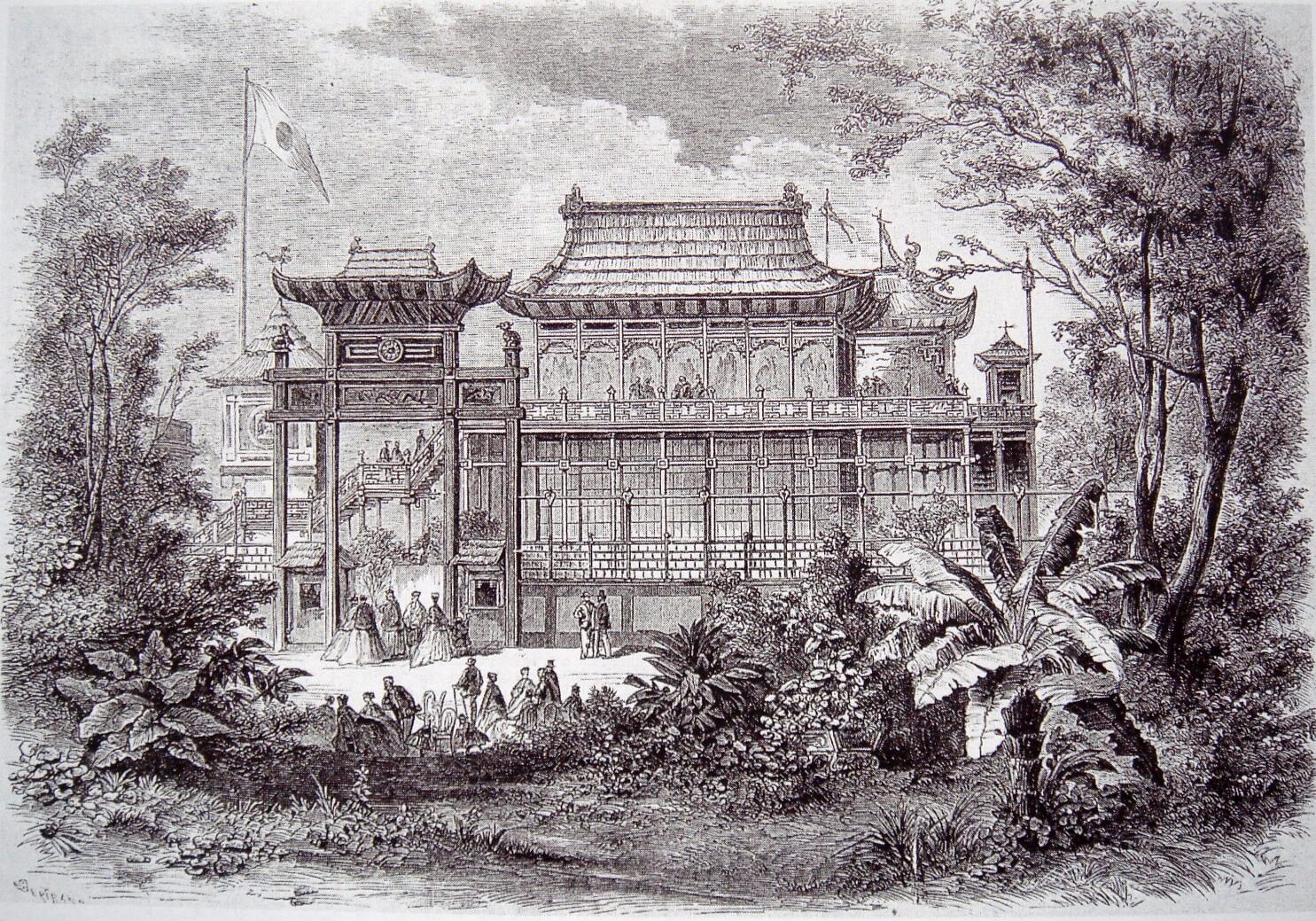 Tokugawa Akitake, the younger brother of the shogun, was sent to France accompanied by 28 officials after being invited by Napoleon III. The Shogunate and the two provinces of Satsuma and Hizen mounted small-scale displays. Paintings, ukiyo-e prints, folding screens, swords, ceramics, sculptures and other artistic crafts were exhibited for Europe to see.

Chinese And Japanese Exhibits At The 1867 World Fair in Paris
Le Monde Illustre 1867.