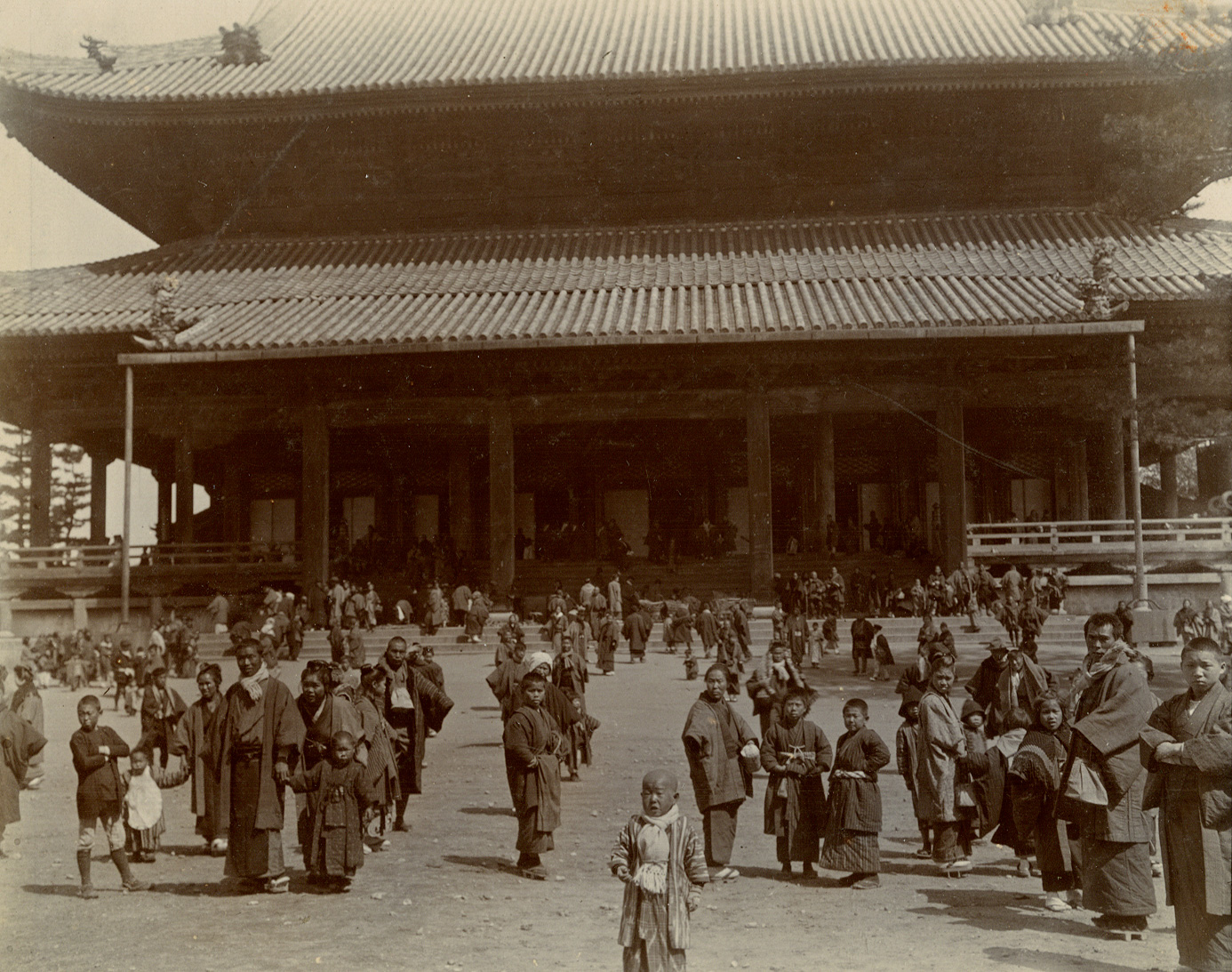 Photography in the United States became an increasingly popular hobby in the late 19th century. By the time of Wright’s trip to Japan in 1905, significant advances in camera design had occurred, offering amateur photographers inexpensive, easy-to-carry cameras that used sheet film in place of heavy, fragile glass plate negatives.

Wright engaged with photography as a tool to explore architecture from the very beginning of his career. Working at his Oak Park Home and Studio in the 1890s and early 1900s, Wright created a series of carefully composed studies of the building, rearranging furniture and objects within the rooms and documenting the results. Wright’s son John recalled his father’s early interest in photography, “My father had an 8 x 10 plate camera and built a dark room off the balcony of his Oak Park Studio where he developed plates, sensitized Japanese paper and printed from his photographs.” 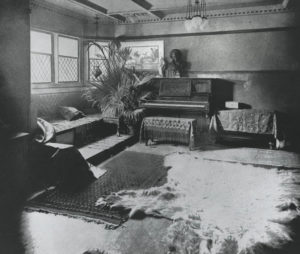 While in Japan, Wright worked with a purpose, documenting traditional building types, and capturing the romance of old Japan in his photographs. An able amateur photographer, Wright’s photographs from his trip exhibit a level of skill and technical proficiency that place his images above that of a typical tourist. Wright’s photograph of the Founder’s hall of the Higashi-Honganji Temple in Nagoya, shown above, is composed in alternating bands of light and dark, with deeply shadowed terraces displayed in bold contrast to the temple’s sun-bleached roofs. The massive hall dominates the image. Wright emphasizes the building’s monumental form by cropping the corners of the double-hipped roof so they extend beyond the picture frame. In the temple courtyard dozens of pilgrims go about their business, while Wright’s lens is met by the inquisitive stare of a handful of worshipers who pause in their activity to examine the photographer.