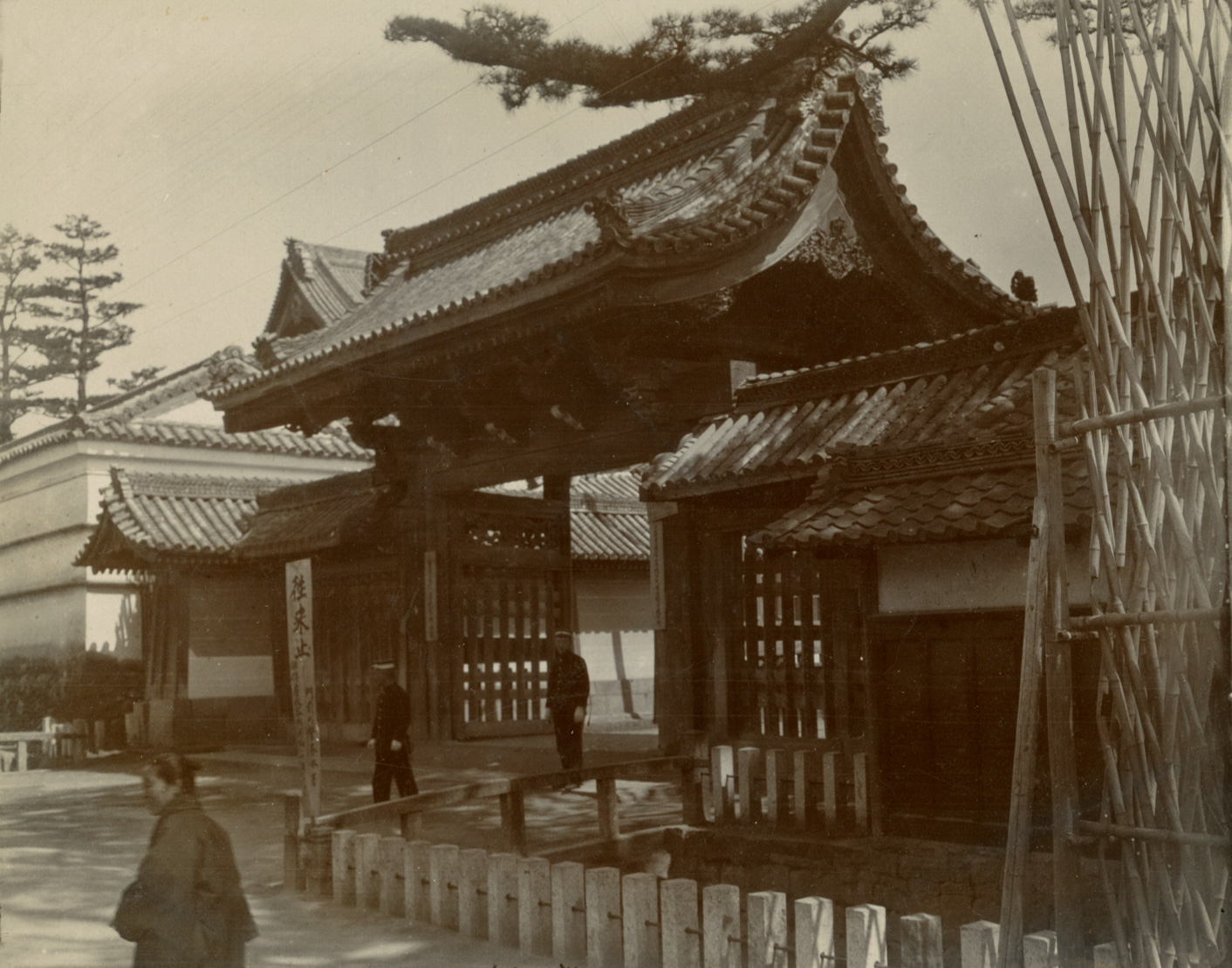 “Tourists landing in Yokohama will find that [the Tokaido Railroad] furnishes the quickest way for reaching Kyoto. Starting in Tokyo it passes through the most populous towns on the eastern shore of Japan; giving many beautiful views of the sea coast, and Lake Biwa. Most will prefer to take trains that will allow them, to see Mt. Fuji by day-light…”

The Official Guidebook to Kyoto and the Allied Prefectures, 1895

Wright’s album of photographs is not arranged in accordance with the sequence of his travels in Japan, nor are the photographs generally grouped by location. After arriving in Yokohama, and staying in Tokyo, Wright traveled west by rail. The Tokaido railway had been established in 1889, and followed the route of the historic Tokaido Road. The city of Nagoya, where Wright photographed the Higashi Betsuin Temple, sits 160 miles west of Tokyo. 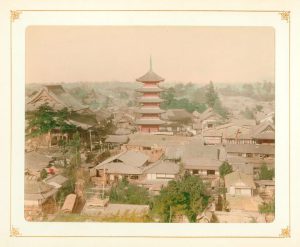 Nine photographs from the Buddhist temple complex are included in Wright’s album, four of which show the temple’s monumental main hall. The first image in this set depicts one of several gate houses at the temple complex, a hipped roof structure that appears in two of the photographs.

Like the gardens he visited, the Buddhist temples on Wright’s itinerary typically feature a carefully controlled sequence of spaces—the physical path through the temple complex, including gateways and spaces that lead to a center or destination, symbolized the spiritual path to enlightenment.