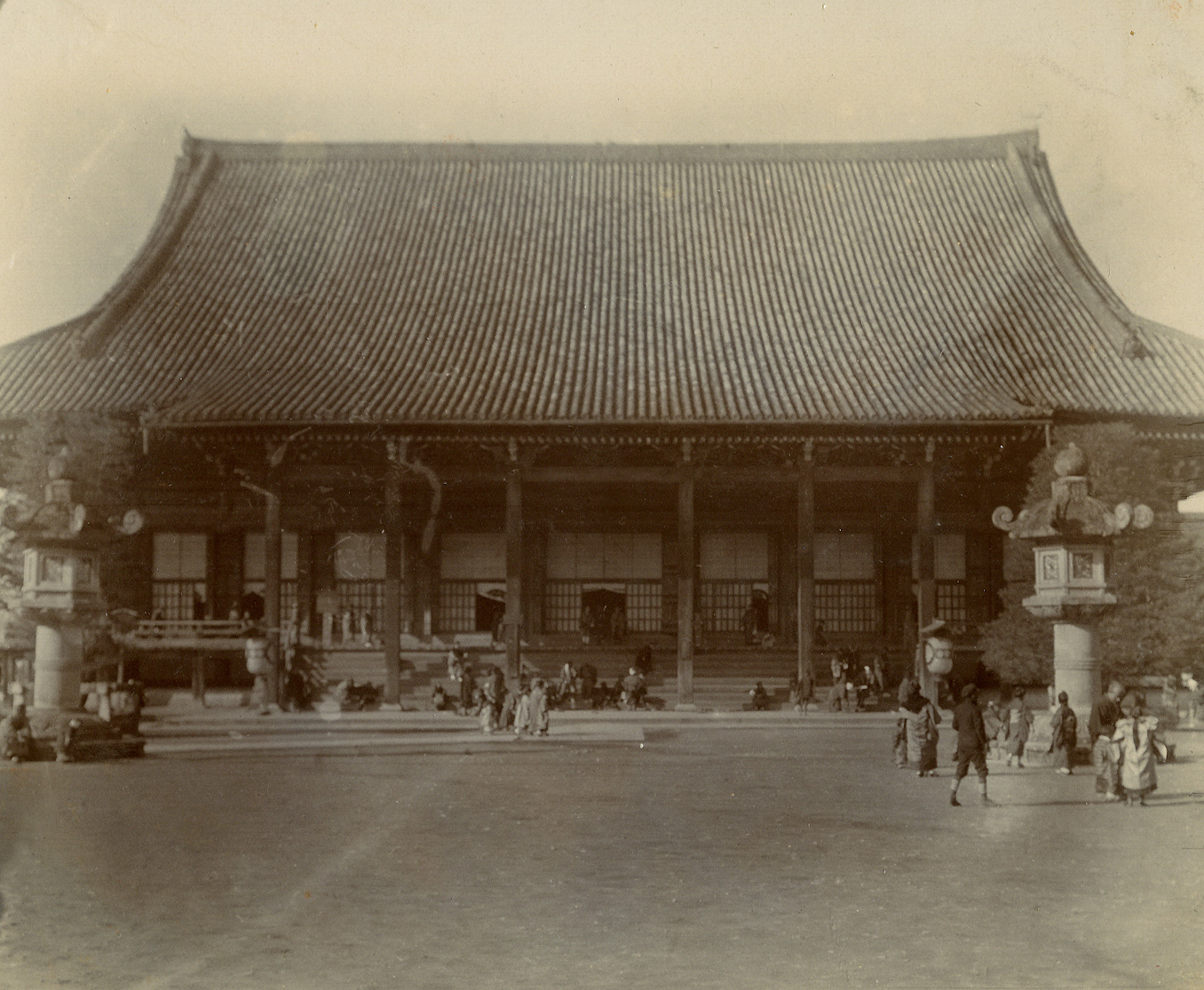 Until the late-nineteenth century, the city of Kyoto had served as Japan’s imperial capital for a thousand years (from 794 to 1868). A center for Japanese culture, with a rich history of architecture and landscape design, Kyoto would have held great interest for Wright.

Four photographs in Wright’s album were taken at Kyoto’s temple complex of Chion-in. Set on the eastern hills of Kyoto, the temple is approached via an imposing set of steps that lead to one of the largest temple gates in Japan. The heart of the complex is the monumental Founder’s Hall, built on the site where the monk, Honen Shonin, founded the Jodo sect of Buddhism.

With its massive symmetrical form and formal composition of elements, including a stone plinth foundation, an articulated structure of heavy timber columns and beams, and a flared ceramic tile roof, the Founder’s hall at Chion-in exemplifies the type of traditional Japanese architecture that appealed to Wright on his first trip to the country. His images of temples, shrines, and residences all feature similar building types, displaying large single or double-hipped roofs, balanced proportions, strong horizontals, a sensitive use of building materials, and a harmonious integration of structure and site.

Wright found in Japanese architecture the same sense of harmony and repose that he pursued in his Prairie buildings in the Chicago area, stating, “I found that Japanese art and architecture really did have organic character. Their art was nearer to the earth and a more indigenous product of the natural condition of life and work, therefore more nearly modern as I saw it than any other European civilization alive or dead.” 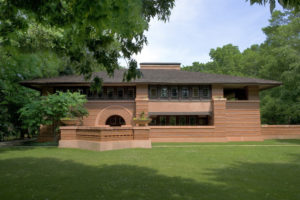 Arthur C. Heurtley House, Oak Park, Illinois, 1902
Frank Lloyd Wright
Photograph by James Caulfield
Solid and monolithic, the masterfully designed Heurtley house of 1902 shares a common language of design with many of the buildings Wright witnessed on his travels. The house was designed three years before Wright’s trip to Japan.