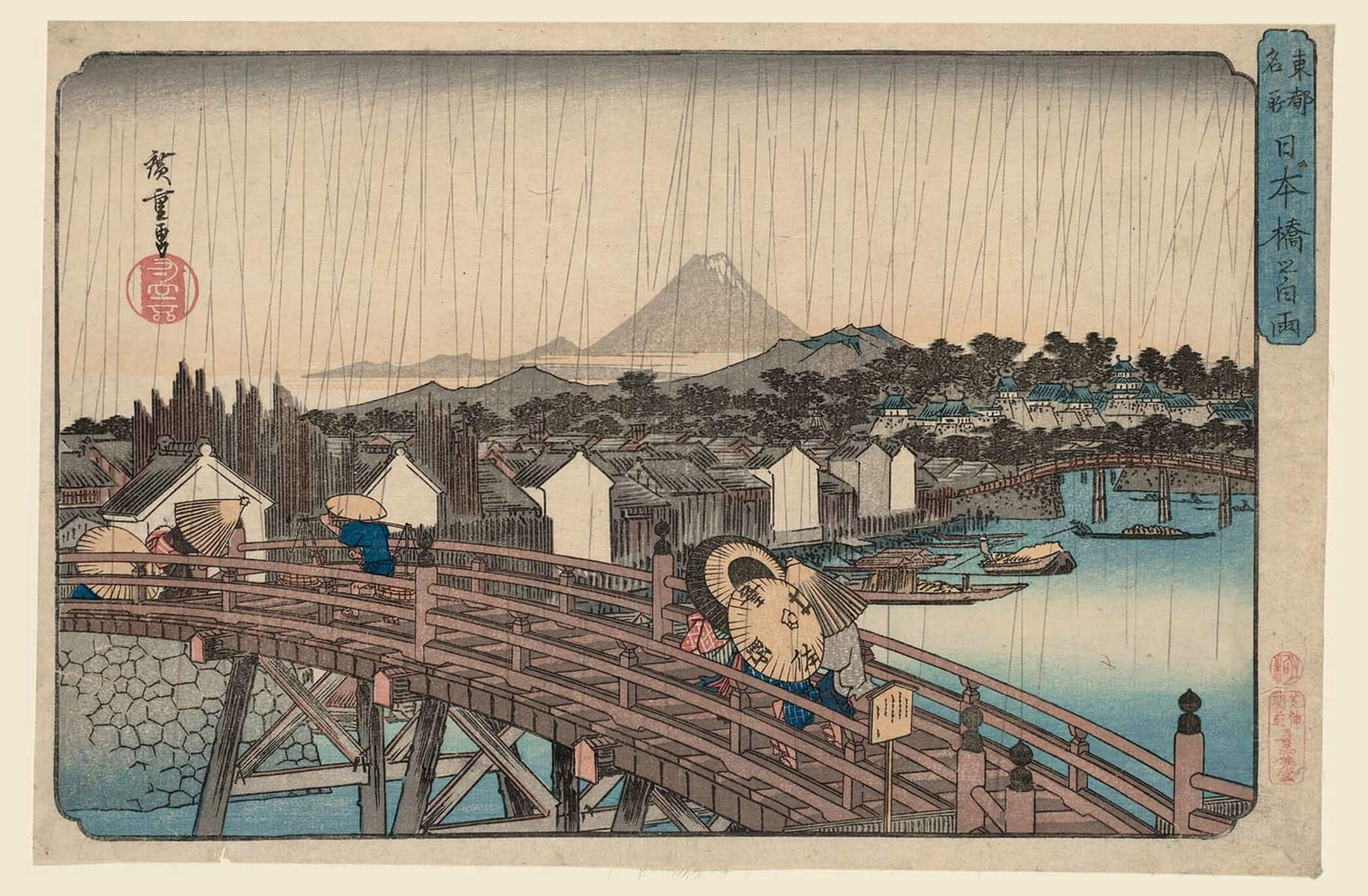 In the spring following his travels in Japan, Wright presented an exhibition of prints by the artist Utagawa Hiroshige (1797–1858), at the Art Institute of Chicago. Hiroshige was one of the great masters of the Japanese woodblock print, and was an artist whom Wright pursued from the beginning of his print-collecting career. Titled, Hiroshige: An Exhibition of Color Prints from the Collection of Frank Lloyd Wright, the exhibition was the first ever retrospective of the artist’s work. It ran from March 29 through April 18, and featured 213 Hiroshige prints from Wright’s burgeoning collection. Wright not only curated the show, but designed the exhibit and wrote the catalogue. In his introduction to the exhibition, Wright declared that Japanese art “is no longer the sequestered art of an isolated people, but one of the most valuable contributions ever made to the art of the world.”