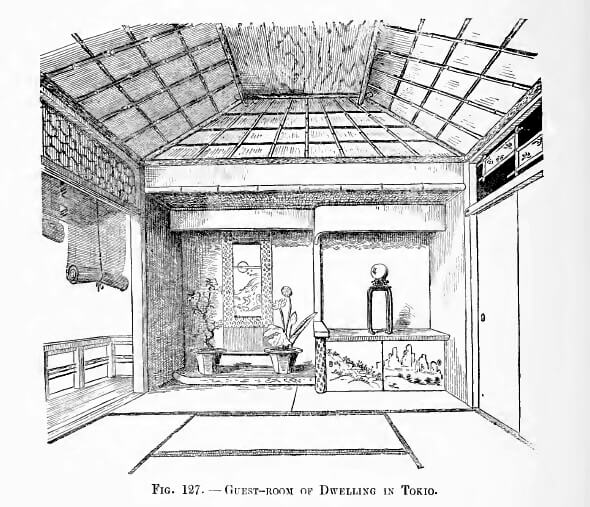 As the most detailed source of information on Japanese domestic architecture available to Wright prior to his first visit to Japan, then, it seems that Japanese Homes may well have exercised a formative influence on his perception of the Japanese house—to the extent that by the time he finally saw the real thing in 1905 many of his views on the subject would appear to have been firmly established.”

Guest Room of a Dwelling in Tokyo
Illustration from Japanese Homes and their Surroundings, Boston, Ticknor, 1886