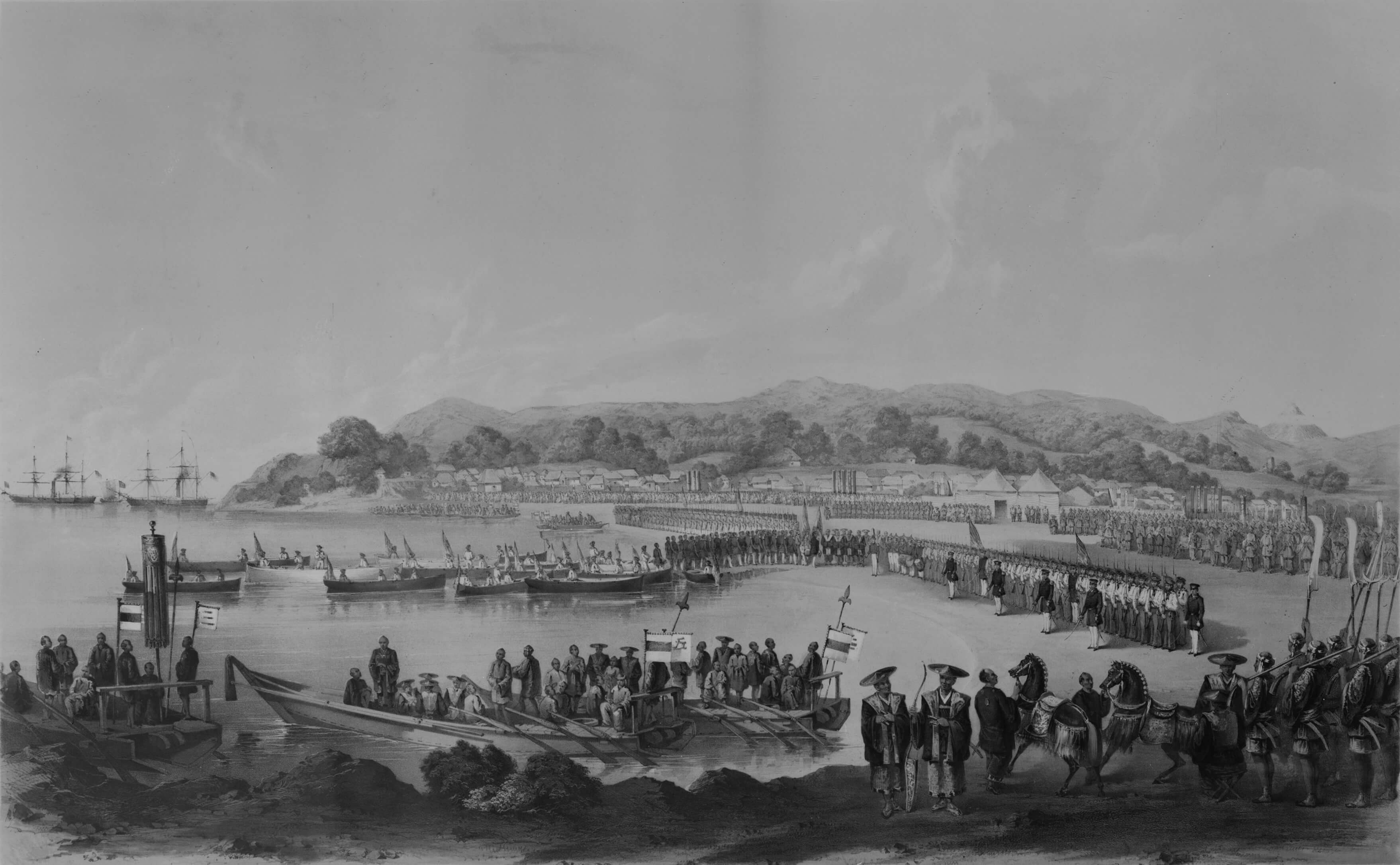 In 1852, Commodore Matthew Perry (1794-1858) was dispatched to Japan by U.S. President Millard Fillmore (1800-1874) to re-establish for the first time in over 200 years regular trade and discourse between Japan and the western world. On July 8, 1853, Perry sailed into Tokyo Bay. The Japan Perry encountered was a feudal and largely agrarian society that had existed in almost total isolation from the outside world since 1638. Upon seeing the American ships sailing into their harbor, the Japanese labeled them the “black ships of evil mien.”

On behalf of the U.S. government, Perry forced Japan to enter into trade with the United States with the result that ports were slowly re-opened to foreigners. Without a navy to defend against the U.S. threat, Japan was forced to concede to the demands. In 1854, the Kanagawa treaty was signed between the United States and Japan, allowing trade at two ports. The treaty paved the way for diplomatic and trade missions from Europe, and the opening of Japan.