1862 - Japanese art and design on display at London International Exposition 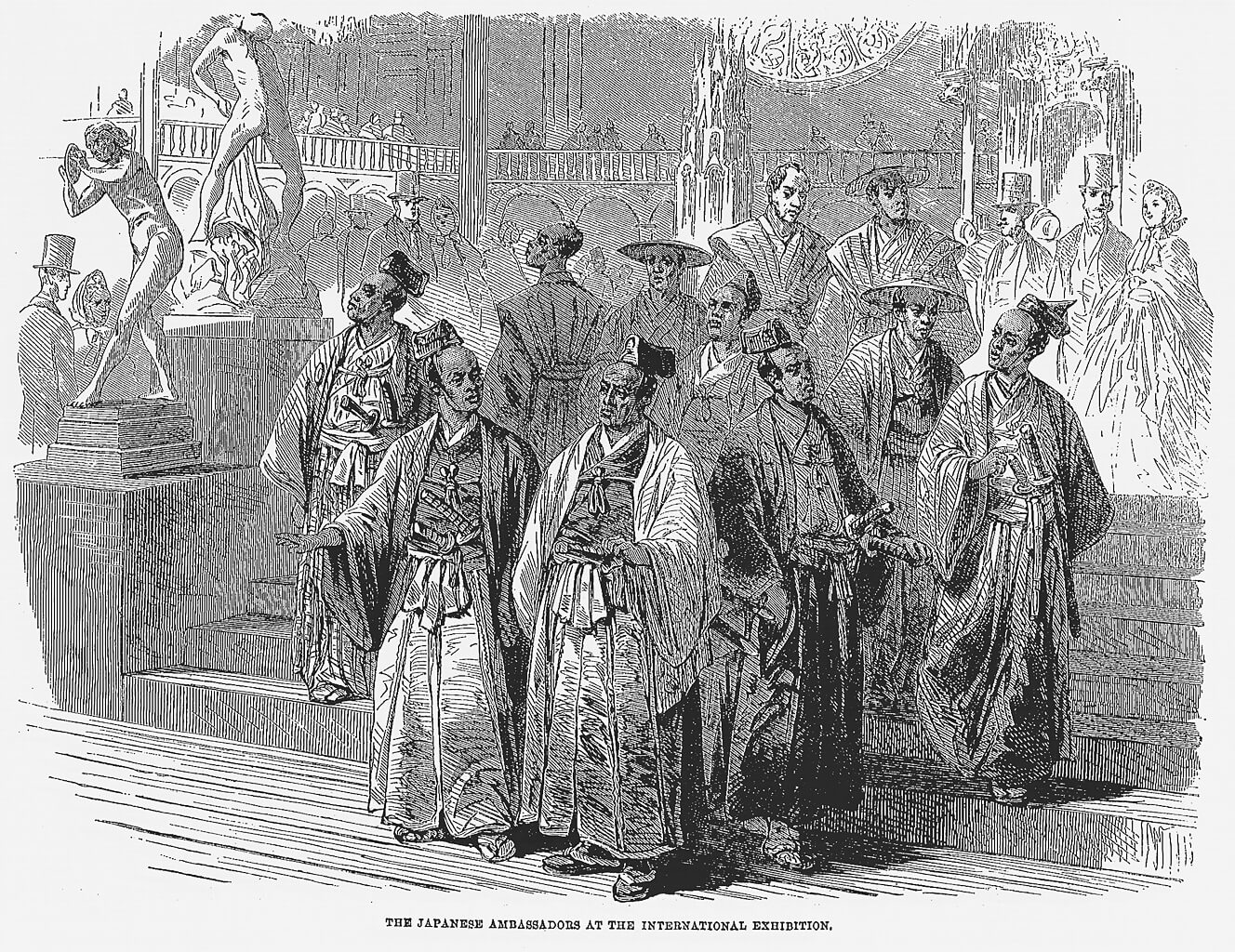 In April 1862, in a bid to negotiate the postponement of the opening of Japanese cities and ports to foreign countries, the shogunate dispatched an embassy to the United Kingdom and five other European treaty partner countries, which had forced Japan to immediately open its ports to them. Led by Yasunori Takeuchi, governor of the Shimotsuke region, the Takeuchi Embassy to Europe comprised a total of 38 members

The Japanese Embassy visited the London International Exposition of 1862. Although there were no official Japanese exhibits at the Exposition, Rutherford Alcock, the first British diplomatic representative to Japan, exhibited various Japanese items from his personal collection.

The Japanese Ambassadors at the International Exhibition
The Illustrated London News v.40b (1862.5.24)