Travelers on a mountain pass 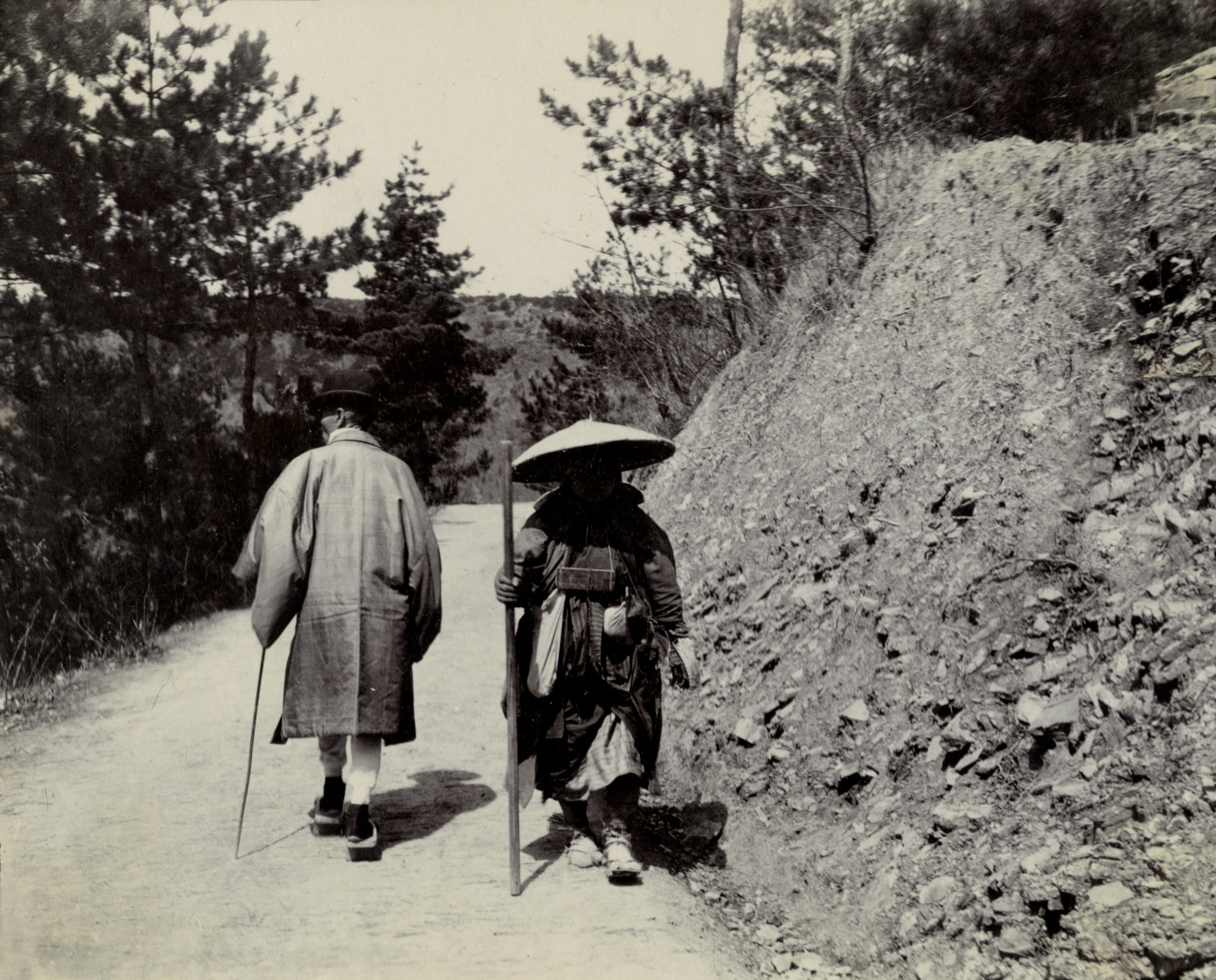 Approximately five hundred kilometers in length, the Tokaido Road spanned a variety of terrain from coastal towns to towering mountains. On average, it would take a traveler two weeks from the starting point at Nihonbashi Bridge in Edo (Tokyo) to the end point, the Sanjo Ohashi Bridge in Kyoto. Historically, travel along the Tokaido was predominantly on foot.

The photograph of two anonymous figures, dressed in traditional peasant garb, passing each other on a mountain road is reminiscent of the scenes of everyday peasant life depicted in Japanese prints. The Ukiyo-e artists often portrayed the figures of travelers and their activities against the striking landscape of Japan and it is clear that Wright delights in this unexpected encounter on the road and its evocation of the figures that populate the prints. 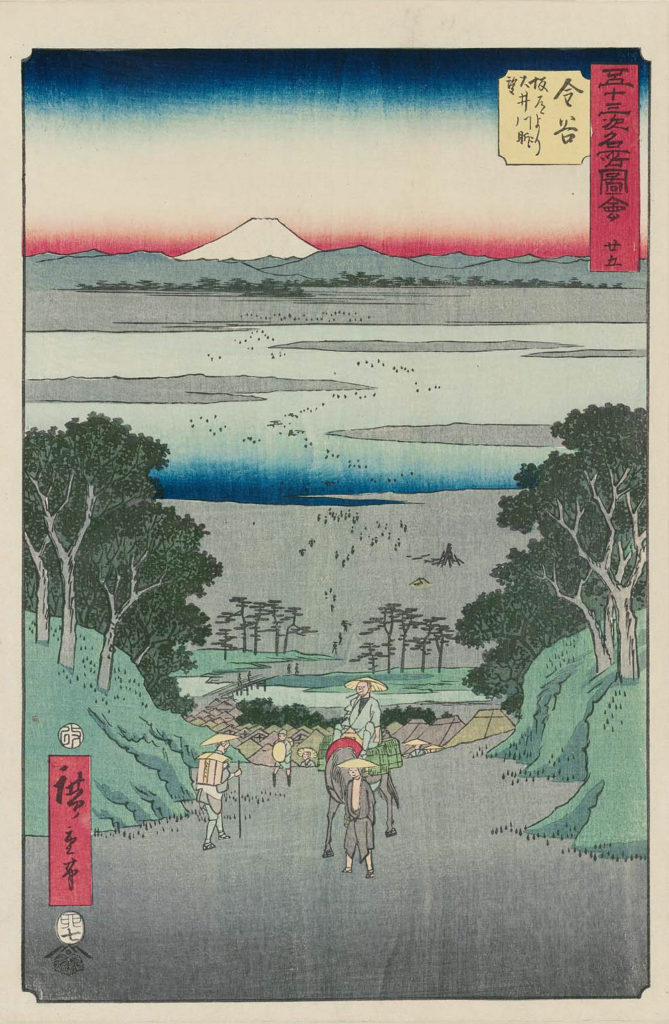 Utagawa Hiroshige (Ando)
Kanaya, view of the Ôi River from the Uphill Road, No. 25 from Famous Sights of the Fifty-three Stations
1855
Woodblock color print

After his first trip to Japan, where he collected a substantial number of prints, Wright curated an exhibition at the Art Institute of Chicago in 1906 of 213 prints by Hiroshige. In his introduction to the exhibition catalogue, Wright spoke of the spiritual appeal of Hiroshige’s prints as a testament to the grace of the common people who have, “made a harmonious unit of their land and their life.”