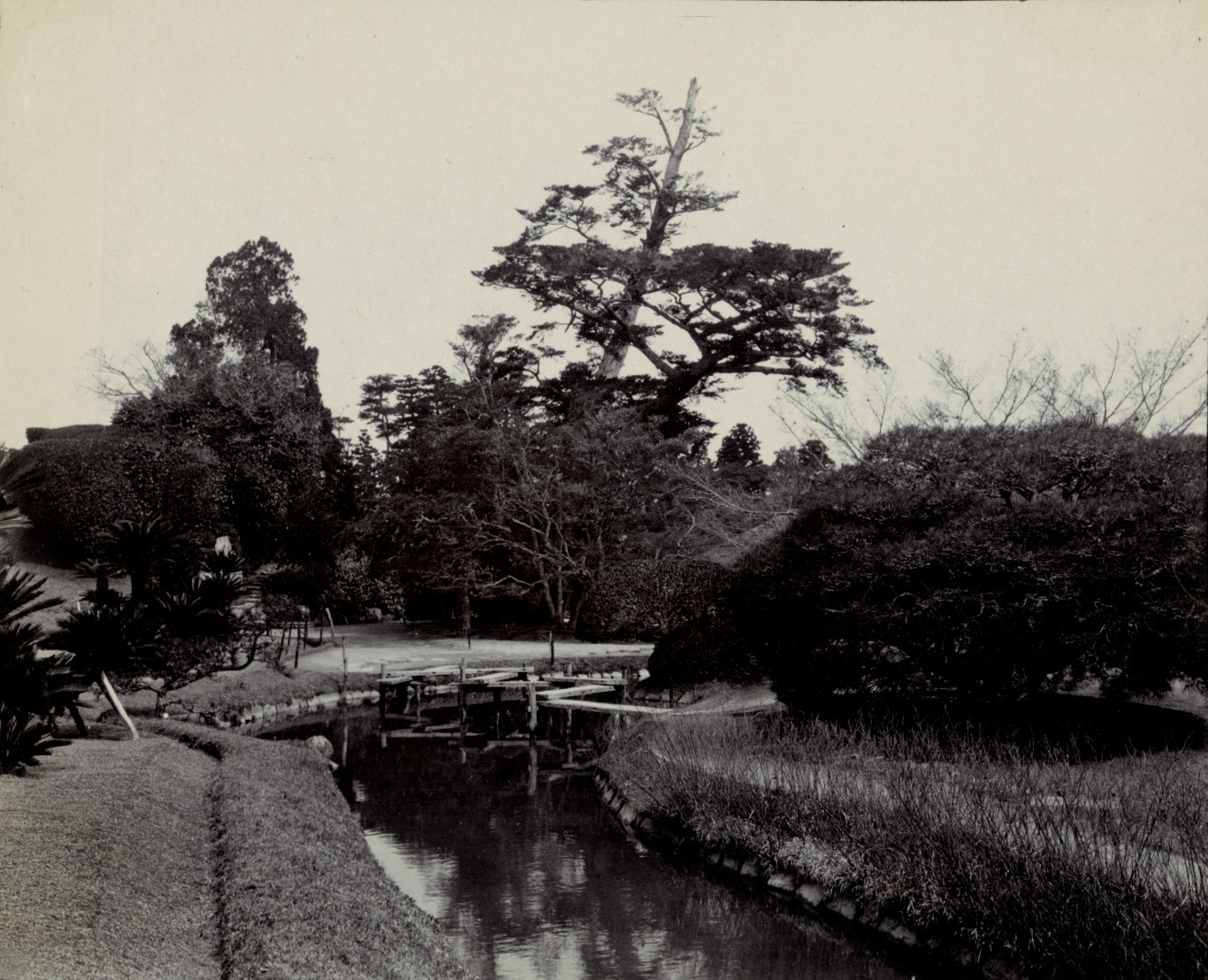 Almost 600 kilometers from Tokyo, the city of Okayama was one of Wright’s last stops as he traveled west through Japan. While Wright most likely visited the 16th century castle of Okayama at the heart of the city, the building with its striking black walls is absent from his photographs. Instead his attention was focused on the famed Edo-period garden of Kōraku-en. A public park since 1884, the garden was originally created in 1700 as an estate for the Ikeda family, domainal lords of the Okayama province during the Edo period, (1603–1867). Four photographs of Kōraku-en are included in Wright’s album.

In this photograph, Wright’s lens documents the dense patterns and textures of foliage in the garden. With the focal point set to the towering tree in the center, mid distance, Wright captures a sense of movement through the garden, via the stream, bridge, path, and stone steps glimpsed in the background. The garden itself was designed with winding paths around a large central pond, allowing visitors to walk from one scenic spot to another experiencing constantly shifting scenery. In Wright’s photograph, the upturned limbs of the tree silhouetted against the pale sky echo the zig-zag form of the yatsuhasi bridge that crosses the stream.

A second photograph in the album shows the same area of the garden taken from a slightly different vantage point. In the image, a young child has wandered into the frame as his mother tries to hurry him away.