In two images of the Garden of Kōraku-en, Wright photographed the Enyo-tei house and its surrounding garden. The building historically served as a reception area for important guests of the daimyo (feudal lord), and was designed as a site from which to view the landscape. Built in harmony with its natural setting, the roof eaves and verandas of the building extend out into the surroundings, while translucent sliding panels are the only partitions on the interior. Together with the exposed wood columns and structural beams of the building, these elements were all designed to frame views of the garden.

The floating roofs, dissolution of walls, and interior-exterior flow are all elements found in Wright’s Prairie buildings, which emerged in the first decade of the 20th century. In describing his visionary design philosophy, Wright explained: “Nature builds a tree from the inside out. That’s what organic architecture is. It’s building the way nature builds.” The architect started with the concept of free-flowing space, then designed a structure not only to harmonize with the natural site but to blur the boundaries between interior and exterior space. 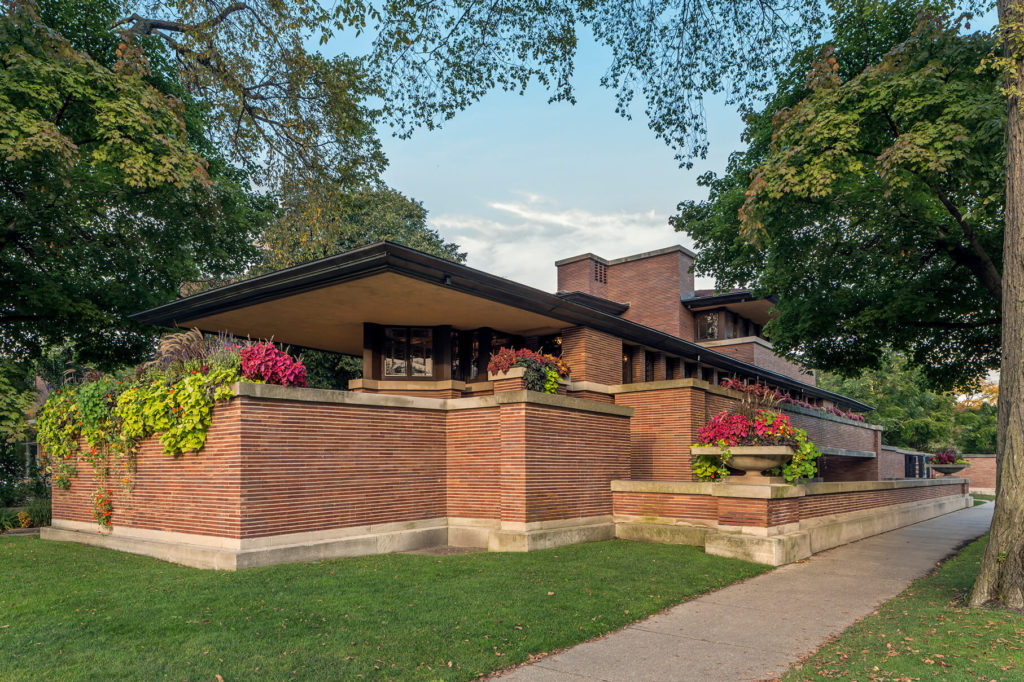 Frederick C. Robie House, Chicago, Illinois, 1910
Frank Lloyd Wright
Photograph by James Caulfield
In Wright’s Prairie masterpiece the Robie House, the space seems to extend visually through ribbons of leaded glass windows and out to verandas and terraces. Cantilevered roofs parallel the ground, furthering the impression of sweep and spread.