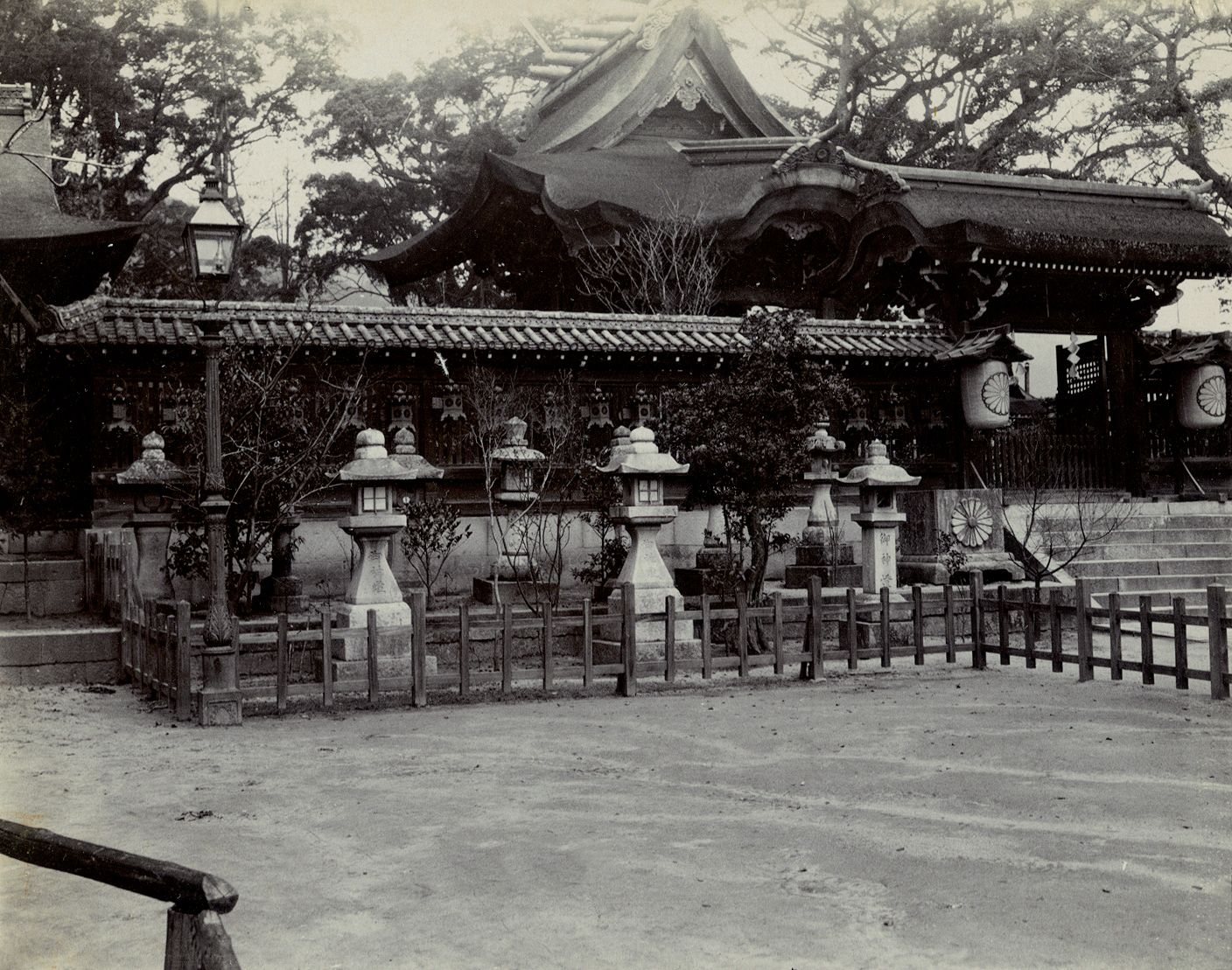 Founded by the Empress Jingū at the beginning of the 3rd century AD, the Shintō shrine of Ikuta at Kobe appears in four of Wright’s photographs, each image reflecting a different vantage point. Shintō, meaning “Way of the Gods,” is a traditional and ancient Japanese religion. It centers on the existence of spirits in nature (kami) who served as guardians for the surrounding population. Early Shintō shrines to such spirits were simple structures often found in forests or mountains, but over time they took on more complex architectural forms like that of the Ikuta shrine in Kobe. 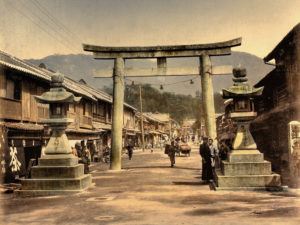