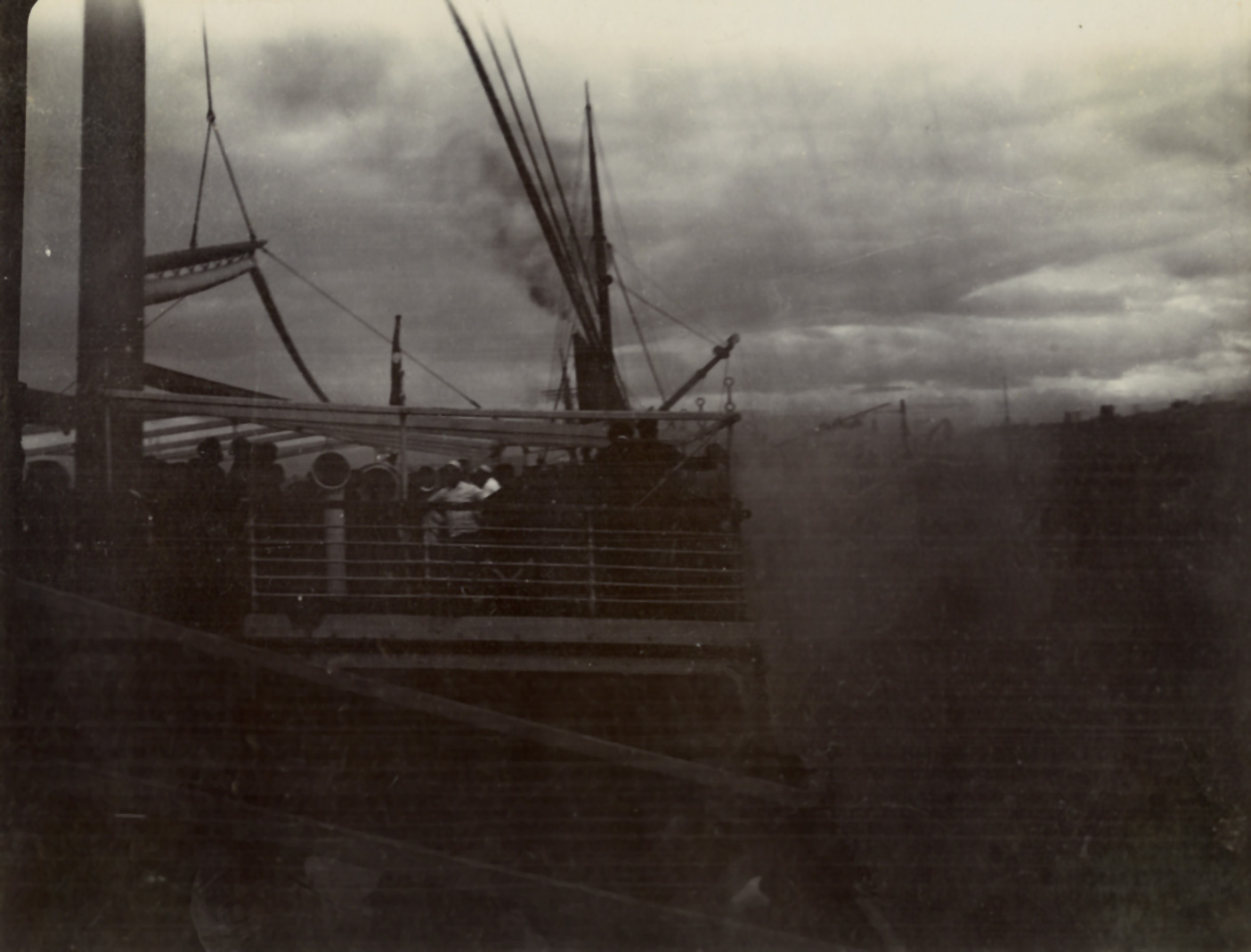 Of Wright’s five photographs of Vancouver Harbor, three record the dockside activity of travelers. In the remaining two images, Wright explores the atmospheric conditions of the harbor through the halation effects of the photographic medium.

Taken from the deck of the Empress of China, as passengers gather to watch their steamship depart, the twilit images are infused with a melancholy romanticism. Rigging and yardarms appear silhouetted against the sky, heavy with clouds and the exhaust from the smokestacks of the harbor’s ships. The vague, blurred forms of other ships, and the distant shoreline can be glimpsed through the haze.

In both style and subject matter the photographs evoke the dark, atmospheric London “Nocturnes” of James MacNeill Whistler. Whistler’s paintings of London docks and bridges transformed the fogbound industrial shoreline of the Thames into asymmetrical, abstract compositions. Whistler, like Wright drew on the compositional form of Japanese woodblock prints as inspiration for his paintings.